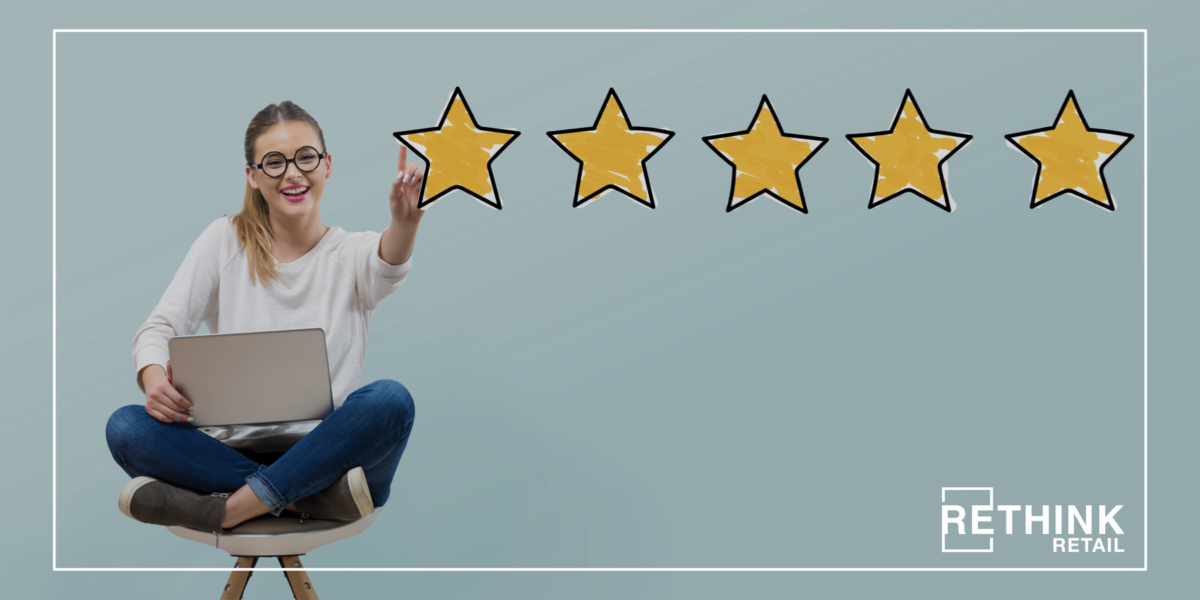 Amazon receives roughly 1.6 million orders every day and that number is sure to rise as more consumers across the globe gain access to the internet. For many, Amazon is becoming the one-stop shop for all the basic necessities of life and modern fulfillment solutions give consumers a frictionless experience.

These days, making purchases on Amazon is as easy as a single click and same-day deliveries are increasingly common. Consumers don’t have to jump through hoops to find the best deal or the ‘right’ product, which means more sales for the most successful brands, right?

We’d assume so, but there’s one variable that can make or break a product’s chances of selling and it has nothing to do with the delivery or checkout process—that’s reviews. Product reviews go a long way towards verifying both the accuracy and the quality of a product from its listing.

As of this year, 84% of shoppers give online reviews the same level of trust they would a personal recommendation and 68% are willing to make a purchase after reading between one and six reviews.

Positive reviews boost sales, which is why last year a German-based company was caught offering Amazon sellers roughly 1,000 fake reviews for 8,999 euros. Schemes like this hurt Amazon, its third-party seller community, and consumers, but they’ve existed for years.

A crackdown on fake review schemes

Among Amazon’s sellers most notorious for manipulating reviews, Chinese brands have come under fire the most. Chinese makers of wireless headphones, cleaning products, household goods, and everything in between has turned to the retail giant in an effort to sell their products internationally.

Through a program called Fulfillment by Amazon (FBA), third-party sellers like those in China are allowed to store their goods in Amazon warehouses and let the US-based company handle deliveries, returns, and exchanges. With the logistics locked in, third-party sellers must go out of their way to attract the attention of Amazon’s sprawling marketplace.

Many have offered “freebies,” or cash to consumers willing to write favorable reviews on their products—a practice that Amazon allowed once upon a time. But by 2016, the e-commerce site began discouraging it after finding that freebies and cash compromised the integrity of customer reviews.

Ignoring new guidelines, merchants recruited shoppers on Facebook and reimbursed them on PayPal to avoid Amazon’s detection. For years, Amazon refrained from aggressively enforcing its policies because an abundance of Chinese merchants selling low-priced goods was good for business, no matter how shady it was.

But last year, Amazon began cracking down on pay-for-praise schemes more than they ever have. According to Chinese industry observers, the retailer abruptly changed course last spring and suspended upwards of 50,000 Chinese retail accounts from their site.

Whether it was payments made via PayPal, free extended warranties, gift cards, or discounts, Amazon’s crackdown on false reviews led to a loss of 100 billion yuan, or $15.4 billion in sales last year, as per the Shenzhen Cross-Border E-Commerce Association.

“Suppliers cannot be repaid, bank loans cannot be applied for, employees are facing unemployment, and the profits of the past few years have been emptied overnight,” said the association’s president Wang Xin.

The crackdown came after reports of a data breach last May exposed correspondence between fake review writers and Amazon—reports that triggered a response from the Federal Trade Commission, who wanted the retailer to do more to combat fake reviews.

Although Amazon’s policies that target fake reviews apply to all sellers, data tracked by the New York-based data consultant Marketplace Pulse found all suspensions were based in China.

In a statement by an Amazon spokesman last August, the company maintained that it adheres to the “principle of fairness and deal with sellers’ violations without discrimination, regardless of the size of the seller’s business or which country or region it is from.”

But according to Xin, the Chinese seller industry “has been almost completely broken.”

For an industry that relies so heavily on Amazon, suspensions like this are costly. As of last year, China-based companies account for roughly half of Amazon’s marketplace top sellers, up from just 13% in 2016.

One of the largest suspensions came from Shenzhen Qianhai Patozon Network & Technology Co., maker of the popular headset brand Mpow. The brand went dark on Amazon after policy changes were made in April and the team encouraged their employees to seek jobs elsewhere, at least for the rest of 2021.

Is the crackdown long overdue?

On the other side of the coin, US-based sellers argue the crackdown is long overdue.

“If Amazon has made a final decision that [Chinese sellers] are baking reviews—which I believe a lot of them are—then I’m glad, because it’s causing us a lot of pain,” said David Wright, who manages Pattern Inc., a Utah-based company that runs e-commerce sales for numerous brands.

In addition to bad actors receiving positive reviews, US-based brands are complaining that when their products move up-the-ranks on Amazon, a flood of negative reviews suppresses their scores—an occurrence Wright believes to be the result of malicious Chinese rivals.

Unfortunately, Wright and others have been unable to do anything about the company’s relaxed enforcement of its seller rules.

“We’ve been losing market share, in many cases, for years, with products that were better. We just weren’t gaming the system,” Wright furthered in an interview with Bloomberg last year.

Sticking to the rules

Sellers who broke the rules are unlikely to make any headway towards reinstating their accounts, but that’s not necessarily good news for everyone. Candy Wu, a 27-year-old retail manager in Shenzhen, was blacklisted from the platform because of allegedly fake customer reviews and was forced to find work elsewhere.

Before condemning her business, she told Bloomberg that “We are not terrible people selling low-quality goods with bad tactics, but if you want to survive, you have to make great products, minimize the logistics costs, and make your reviews look good.”

Finding alternative work isn’t always easy, either. In 2020, Walmart launched an FBA rival called Walmart Fulfillment Services, but it hasn’t gained the same kind of traction as Amazon and Chinese sellers are hesitant to jump aboard.

“Amazon is just addicting because it has the traffic already,” said Jason Lee, co-CEO of FBAFlipper, a Shenzhen-based advisory firm. “There’s an ecosystem—people with courses [on] how to sell on Amazon, logistics providers, payment companies.”

In other words, services Walmart doesn’t have—which manifest as key barriers to entry for Chinese sellers.

Chinese sellers will need to work harder to stick to Amazon’s rules, but they’re also not the only companies breaking them. Two US-based companies: AppSally and Rebatest, had lawsuits filed against them this month after coordinating more than 900,000 members to write false product reviews on their sites.

In the future, retailers should hope that Amazon is unequivocally equal when it comes to enforcing the rules. And at the end of the pipeline, misguided reviews hurt consumers who trust both positive and negative reviews on Amazon and other e-commerce platforms.

“We know how valuable trustworthy reviews are to our customers,” said Dharmesh Mehta, vice president of ww customer trust & partner support at Amazon. “That is why we are holding these review fraudsters [AppSally and Rebatest] accountable.”

For everyone involved, a zero-tolerance approach to review schemes is the best solution. A combination of machine learning technology and human investigators on Amazon’s end should give sellers and consumers peace of mind that this approach is possible, but at the end of the day, it’s up to Amazon to decide how accountable they’ll hold themselves in the years to come. 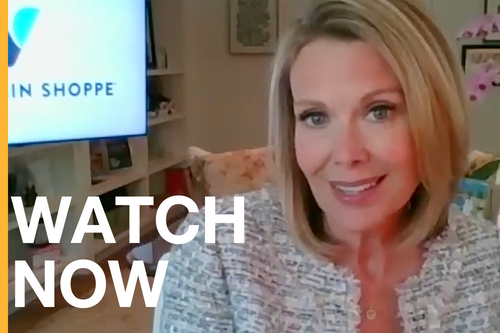 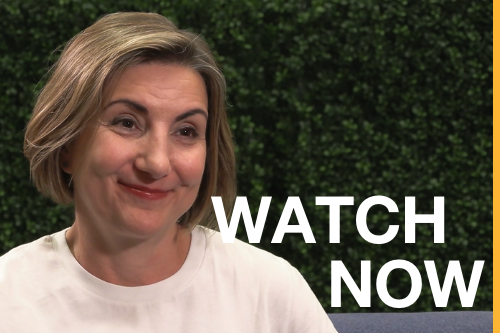 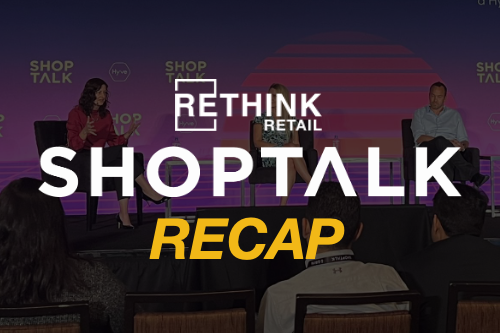 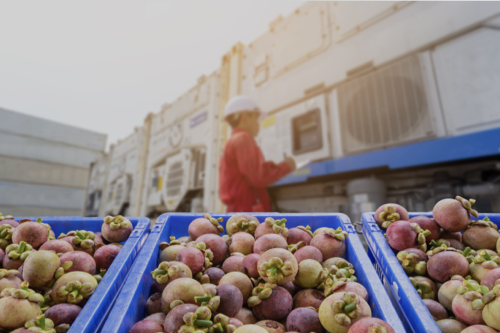 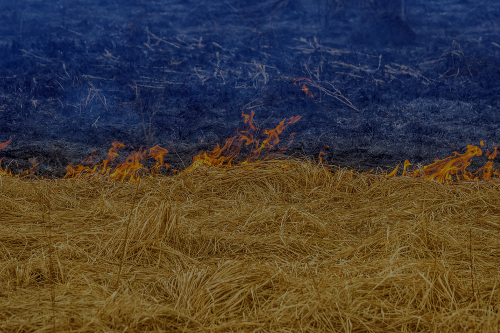